Year of the Tiger

I woke up late the day of my flight and missed the bus. Luckily my Mom said she would take me to the airport. 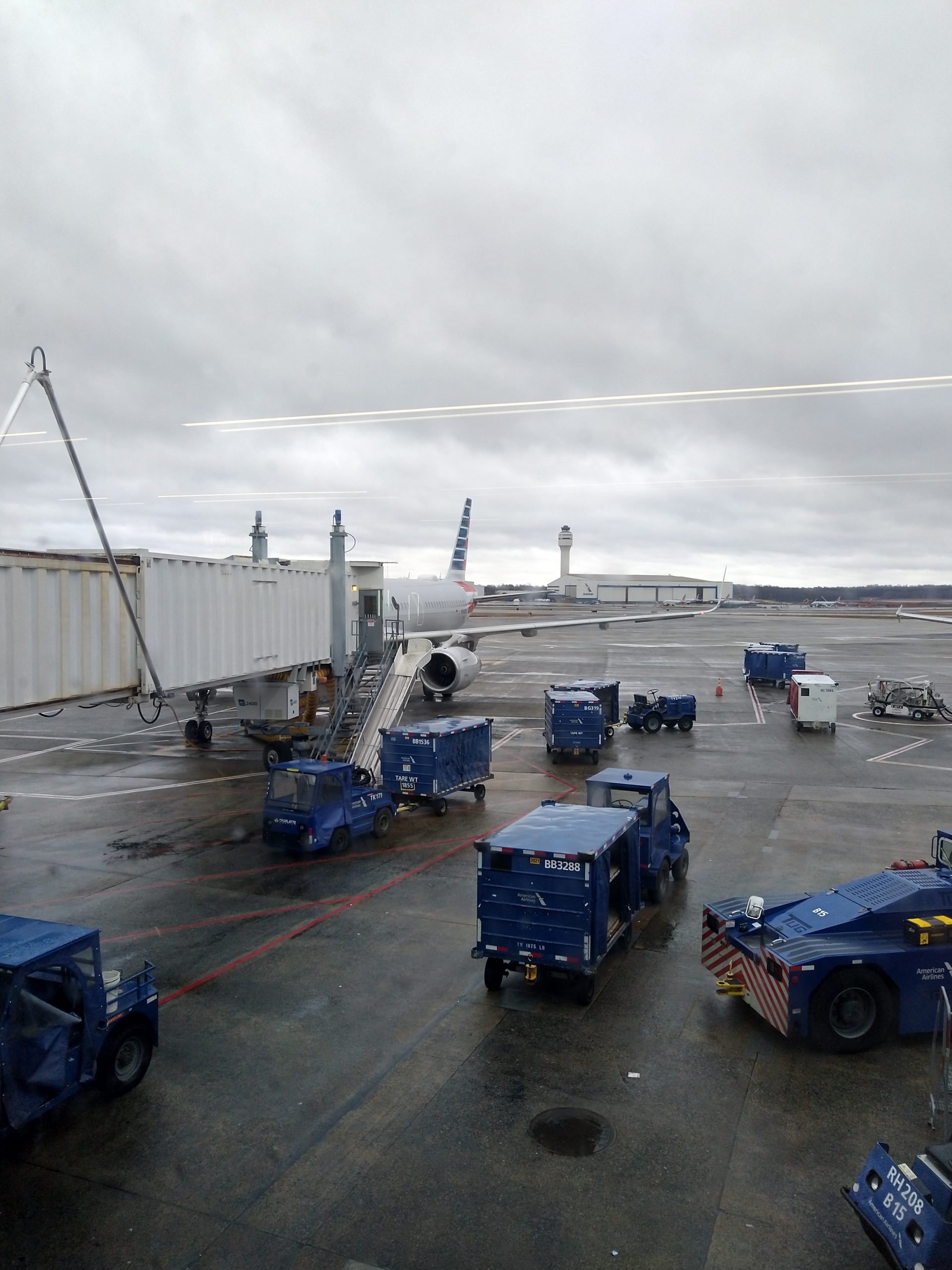 The first leg to Charlotte was a smaller plane, everything was on time, but we took some turbulence from the winter storms up North on the landing. Like a giant hook from a fisher in the sky, my stomach twisted until they finally landed ahead of schedule. The Charlotte airport is a maze of shops all tempting with snacks and trinkets, but I took off to make sure I’d reach my gate first. I had some time and bought a super delicious snack to get a base on my grapefruit juiced, acidic stomach. As the time counted down, I kept getting nervous raises in my chest and I tried to ease worries from turbulence, social distancing and other travel issues that plague me in recent years. There were two big flights in the corner boarding at similar times and travellers seemed to be passing me no matter where I stood. My stomach felt at ease after another snack and more water. I spent over 20$ to get settled and when the delayed flight to Houston levelled in the air, motion sickness returned like nothing else since I was a child. Relentless pushing in a much bigger plane and I was crouched over thinking I should see if they have Sailor Jerry rum. Then I thought I can’t stomach that after eight and a half years. Out of the airport I kept pressing time and recovering in the dash to the next transfer. The bus held my stomach like a magnet to the floor and my head on the rail. Sometimes I clutched the refuse bag I kept from the plane to communicate it wasn’t covid, but worried I’d use it. More water and aspirin every six hours as I went from bus to cold, windy city. Trying to say I missed the city when flinging myself out before my body could reject the only brilliant snack I had in me, I remembered the stop I boarded one morning from Star of Hope to my first job in Houston. I walked a ways through downtown, noticing some finished construction and practically crying through a dichotomy of pain and laughing in awe at being back under the skyscrapers. 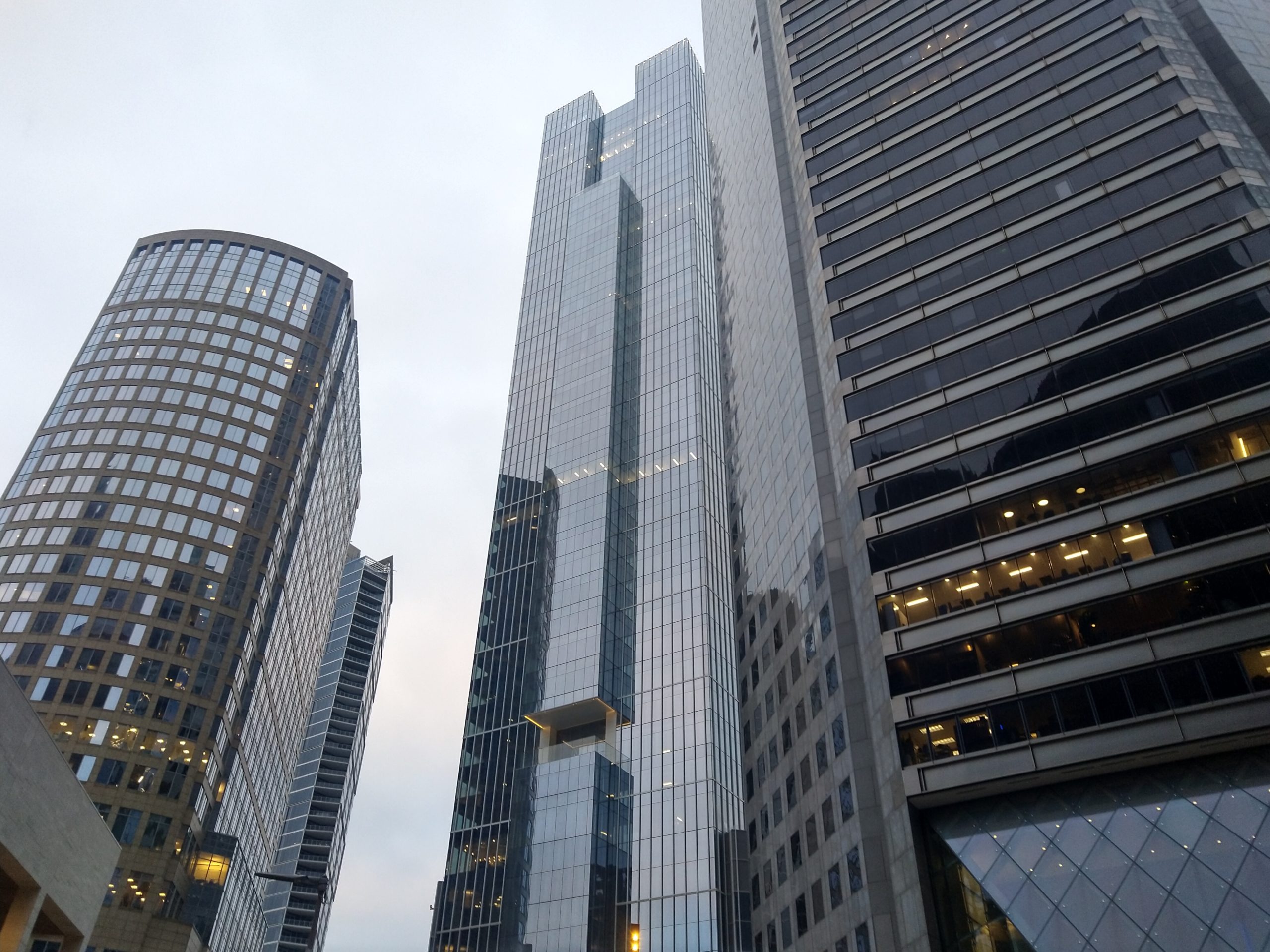 I caught the light rail to the express bus and walked another hour when I couldn’t bear the motion anymore. Then I even did the Wal-Mart walk with fewer layers after checking in to get in some tortilla chips, guacamole and almond milk. There were some clubbers out and various city life welcoming me to nurse my journey’s woes. I still had a knot in my stomach this morning and throughout some of the afternoon, but made it to the Asia Society Texas’ Family Day: Lunar New Year not long after twelve. It was packed full of people and the Chinese New spirit. 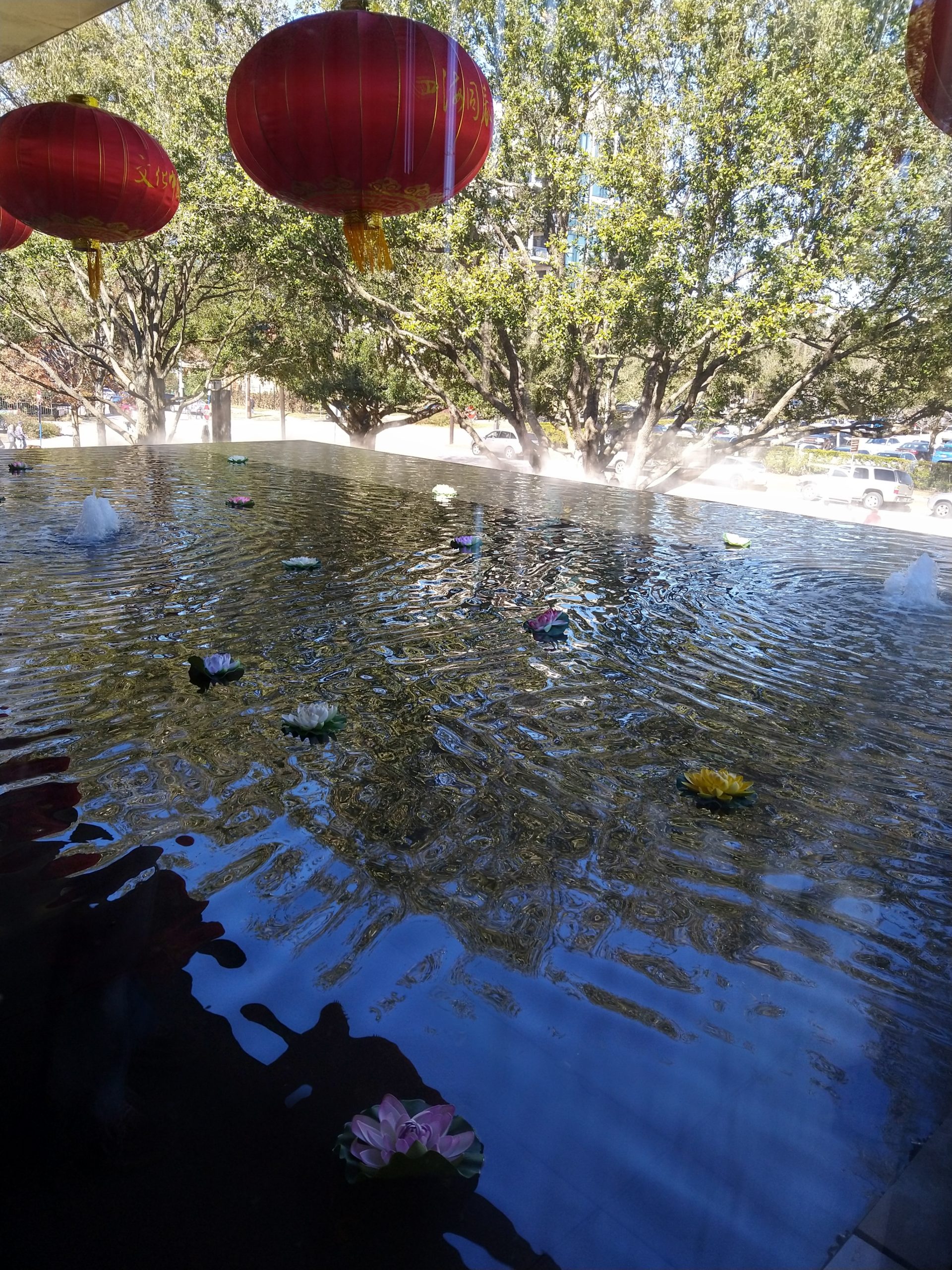 I met illustrator Usagí Wasabí (@usagiwasabi) who was representing her work. Fun and somewhat playfully dark art with Mushroom Girls and other themes. I particularly like the prints on wood blocks. I went back and asked for a picture before the show. 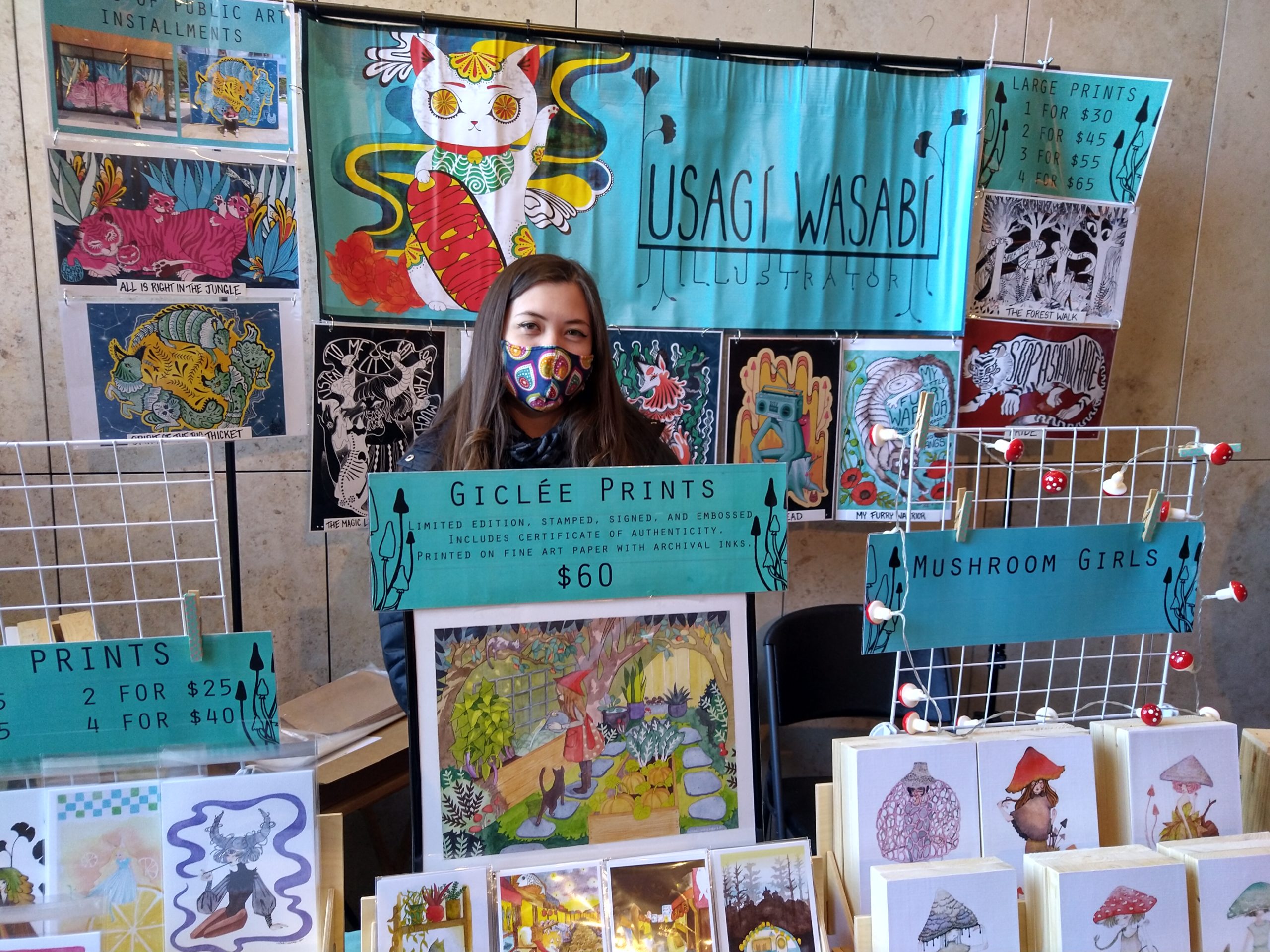 However I had some time and walked to the Contemporary Arts Museum. It’s free and construction outside here and another MFA building are finished too since I moved to Saint Augustine. 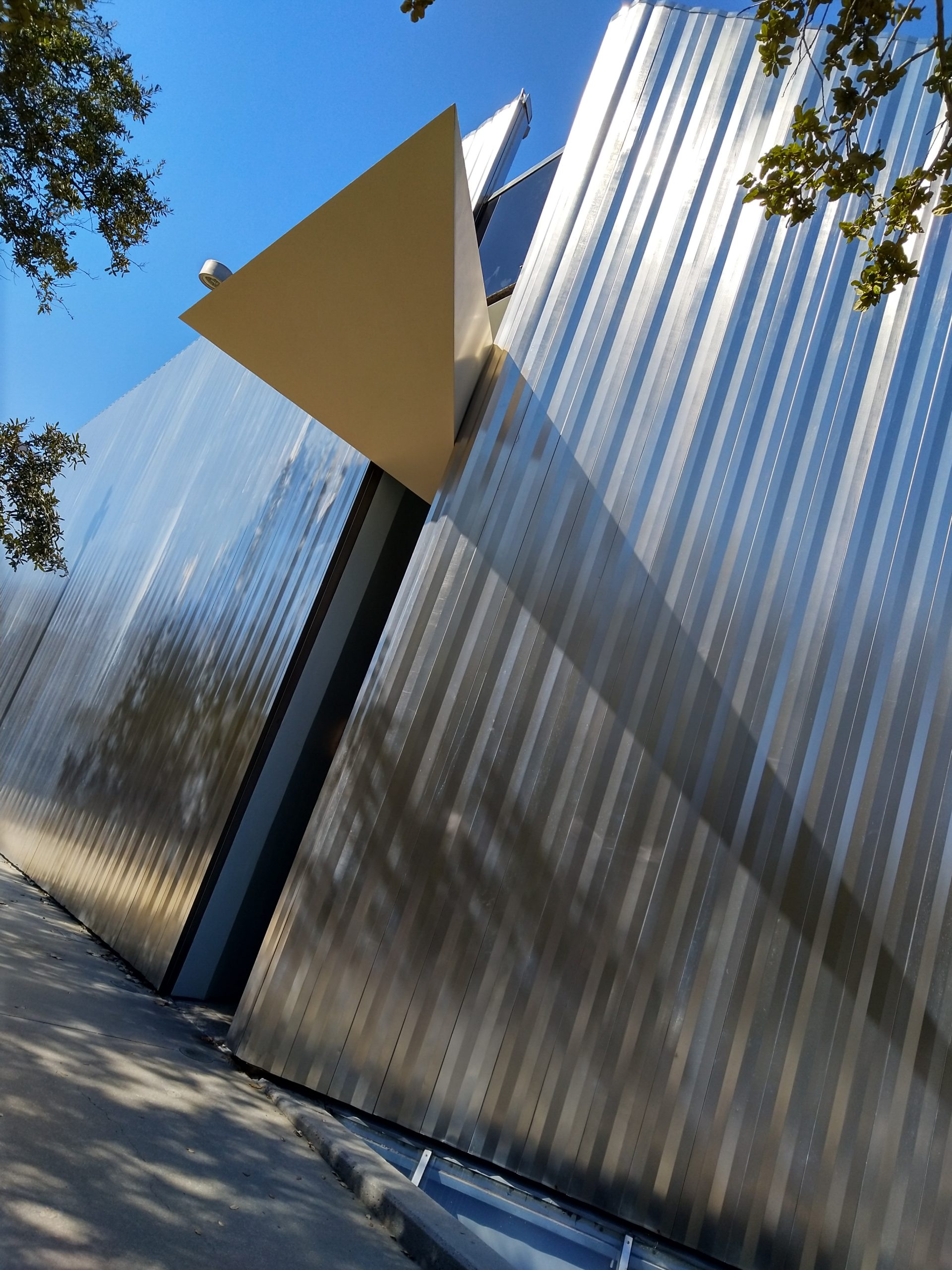 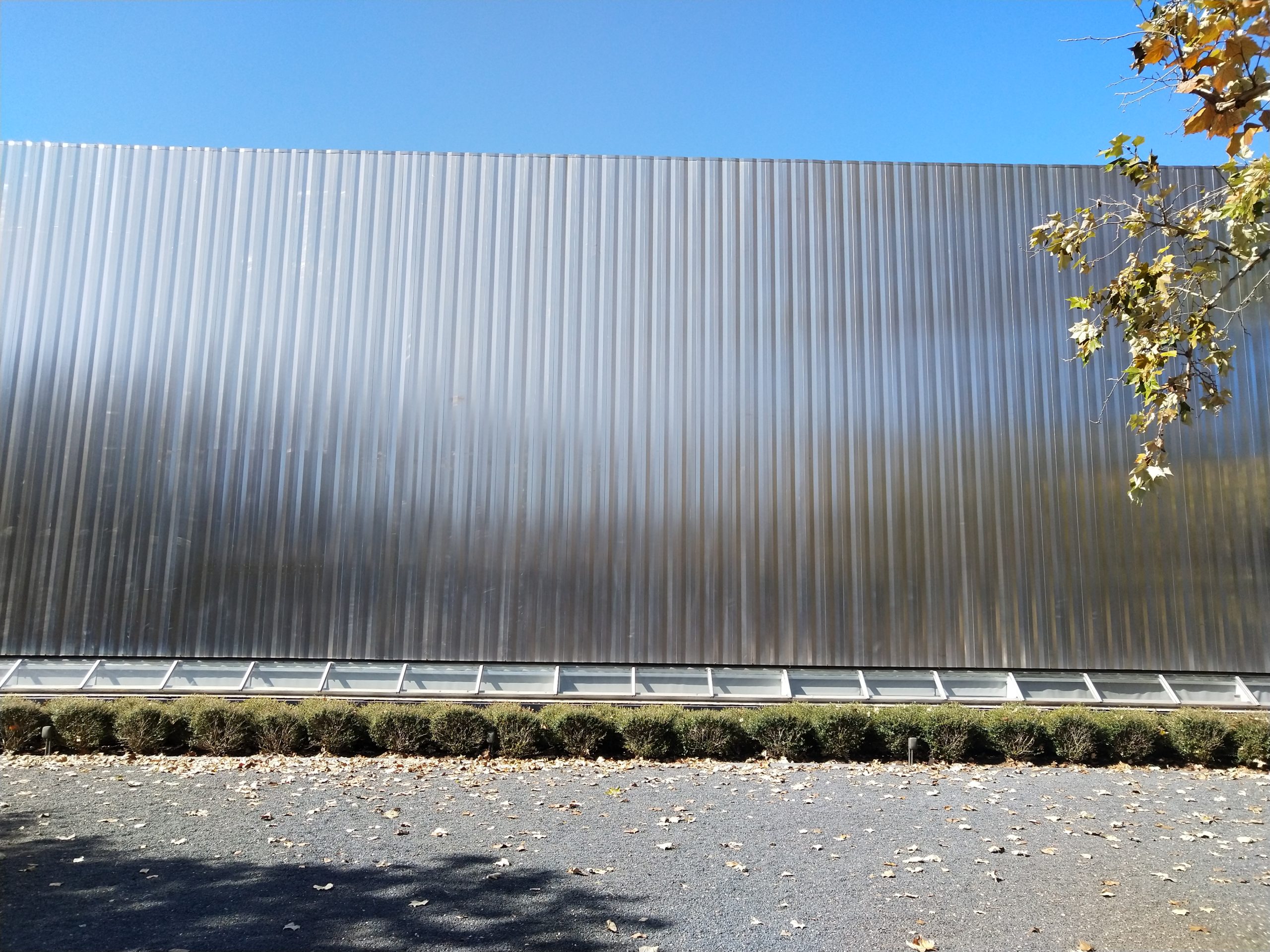 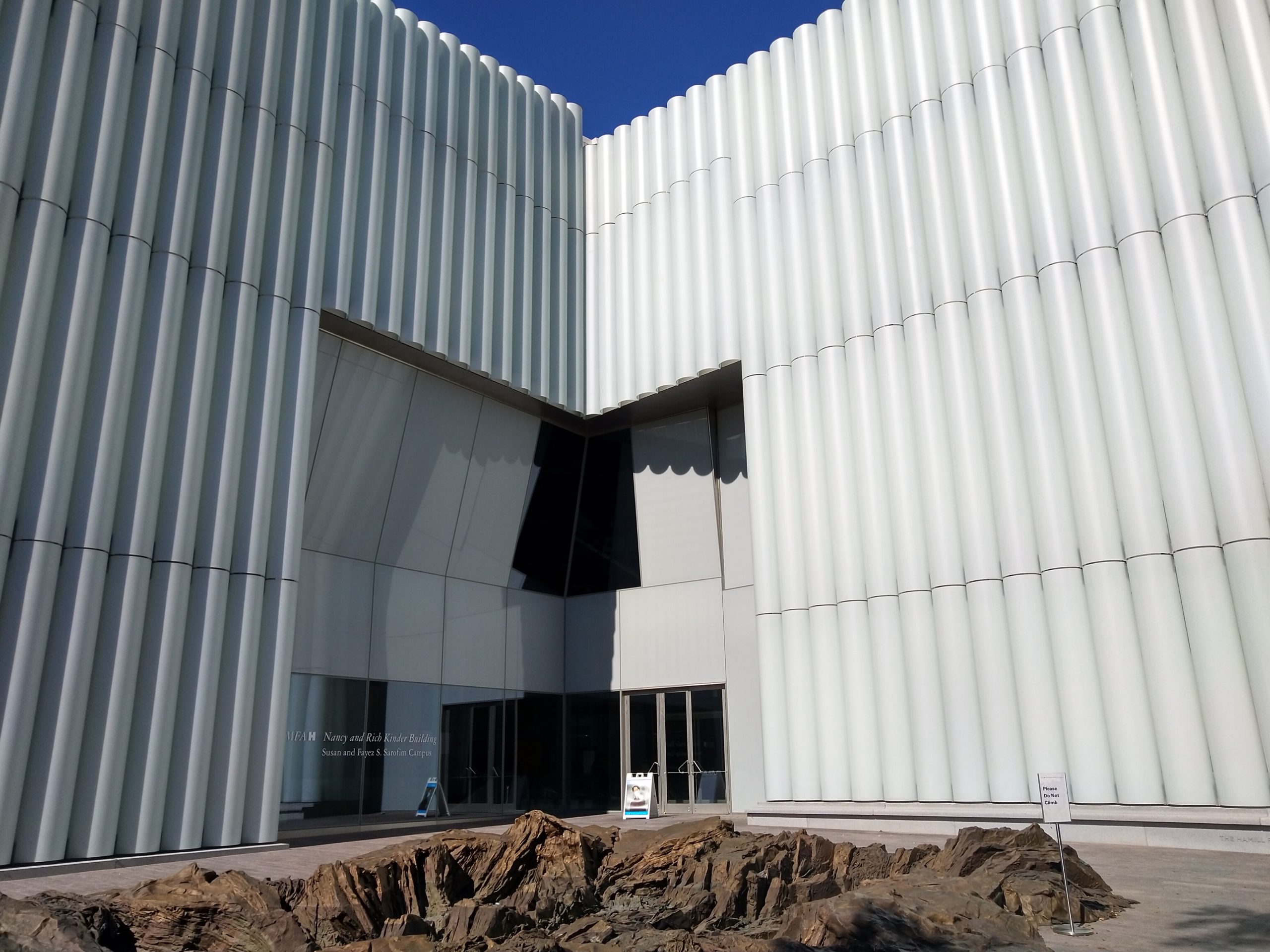 The exhibits were pouring out too much soul on two floors. Side effect was- they put me back in touch to my weary body’s recovering state. So I made a suggested donation in appreciation and went back towards the Asia Society Texas building for another picnic. I kept the almond milk flowing because it’s the best natural acid reducer. 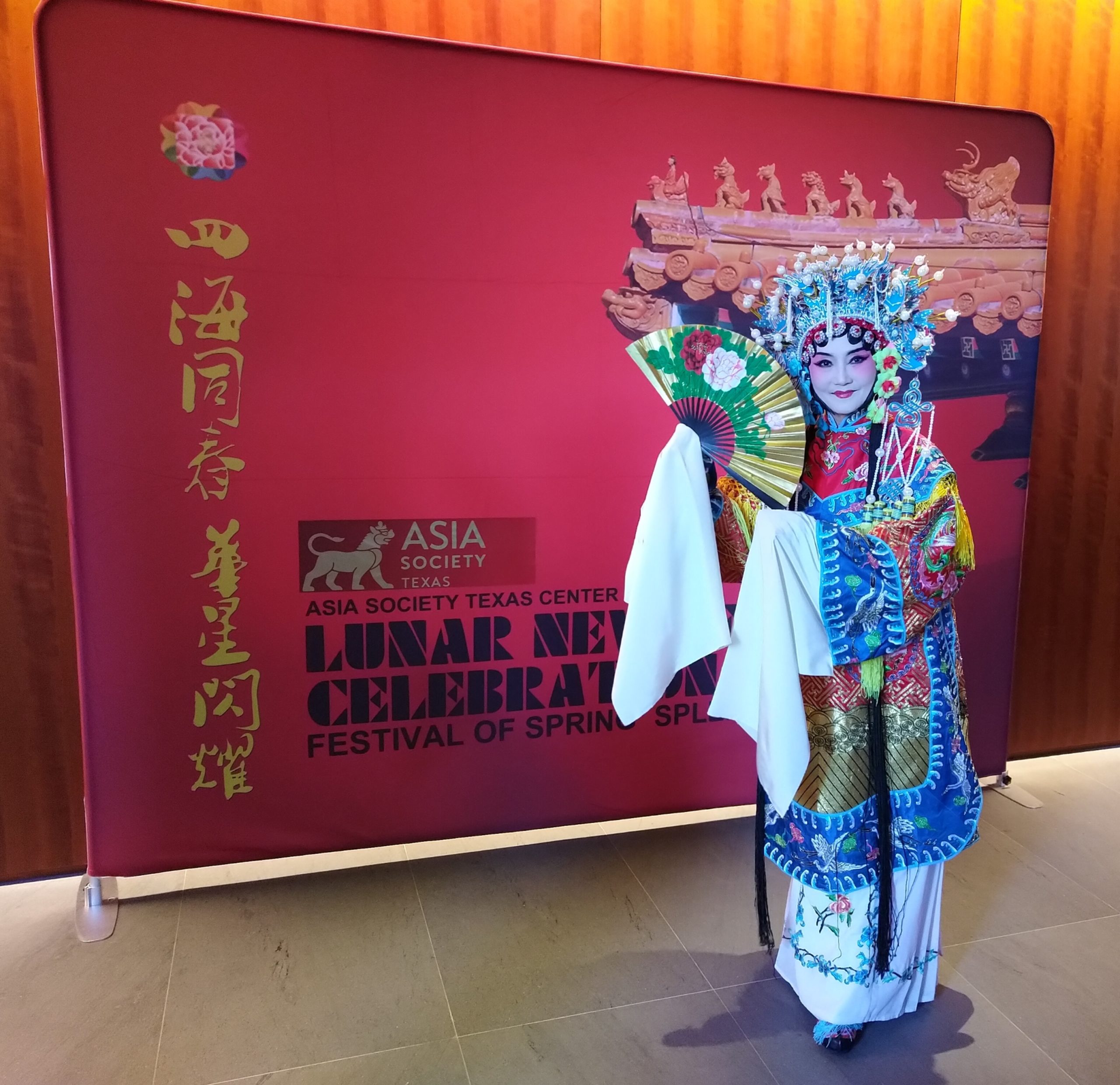 I went into the auditorium and sat in the front. The host was charming, funny, taught us Chinese and introduced each act. Mostly precious children were performing dances and playing instruments. One older girl drew art with her fingers in sand on projected light and would drop more sand on the previous image to make a new one along with the musical story. Sometimes I felt tears of joy mixing with the unrequited journey to teach in China because of Coronavirus, but the announcer made an inspiring speech about ending that bad stuff and starting a prosperous new year. Kept the message 100% on the up and up, but I couldn’t tell if he purposely pronounced “first” performance as “worst”. His daughter was one of the talented stars.

Afterwards I headed back towards Rocko’s Rock shop and stopped at Jo-Ann Fabrics as well as Micro Center on the way. 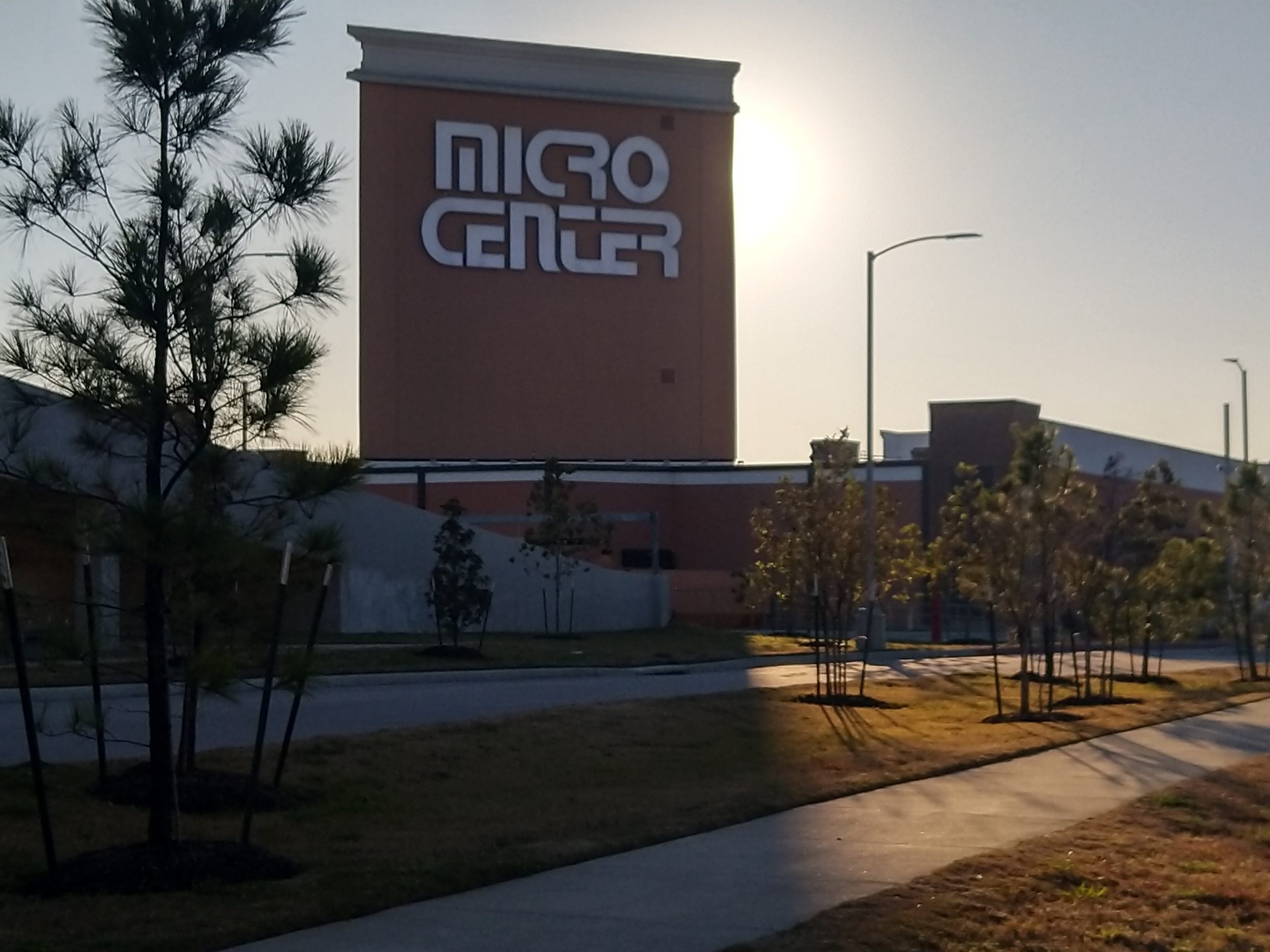 Thinking I am almost recovered, I still walked quite a bit and found a new view of my old friend, Williams Tower. 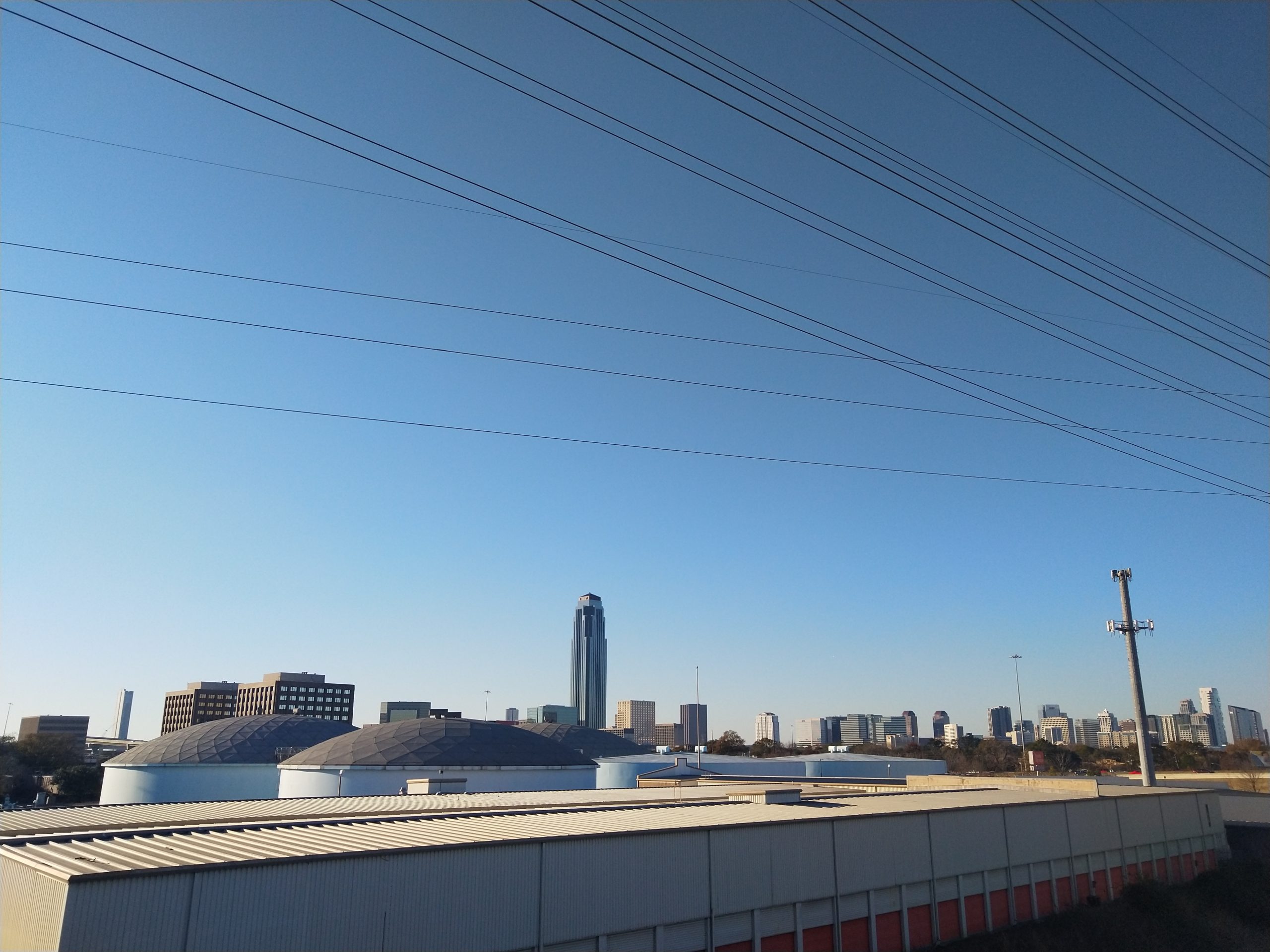 After reuniting with some friends I got a piercing and started to call it a night. The tattoo artist there at Rockstar was out in a hurry. To be continued…