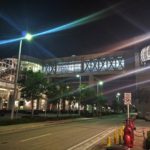 I changed headphone brands to JLab (Studio Wireless) because of price and durability. The bluetooth transmitter works and attached with Gorilla’s Mounting Putty. I’ve been watching some Hawaii Five-O and Hot in Cleveland via Paramount+ Picks on Pluto TV. Tethered from T-Mobile’s limited speed watching some various channel provider tests, it still streams somewhat reliably. Before that I got paid from the concert ticket on the Greyhound bus home and immediately settled the balance for my Jacksonville lodging in May. The next blood donation with LifeSouth is then and there. What else have I been doing besides catching up on sleep? Last night I ordered a mini Windows PC. I also bought a cool looking, black gaming mouse with holes and a light inside as a separate set including a portable bluetooth keyboard from Gearbest. I didn’t have enough for the 4K UHD Blu-Ray external drive yet because I still have to eat! Year of Movies will continue with limited streaming screenings for now with the headphones and transmitter in the forthcoming nights. I’ll conclude with a story. I remember trying to sign up for MoviePass around the same holidays I started doing regular DJ mixes. That New Year’s Eve I did my first official Ckwal mix. Not long before that though after Christmas, I clicked purchase for that MoviePass commitment which was something like unlimited theater movies for up to a year. It didn’t go through and my data was unrecoverable. I then decided to sign up for a Pioneer software mixing subscription in reaction to that possible programming error and a quote Tiësto talked about. Sonething like, if you can’t DJ on a computer, than you really shouldn’t be mixing. Not his exact words, still I was always convinced I needed to own scratching tables first. However more important are the music choices. So with the software and some music, I started over five years of mixing. During the experience I tried several controllers, phones, apps and styles of music. Now I’m back to movies and it looks like MoviePass is relaunching later this year, but I recall envisioning it a safe bet for if I became homeless. Don’t know why I thought I would be without a home and the theater would be my shelter. I did become homeless though in that half of a decade for almost two years; continued to mix music from the streets of Chicago to the fields of Nebraska. So to trade my Ultra ticket for this upgrade is not an impulse, however I can’t imagine the implications of God’s plan.